An interesting insight from a person with early onset dementia.

A Bit of Brian's Brilliance

I’ve been in the room for “the talk” a lot. No, not that “talk.” The other talk. The scary talk. Lots of different types of scary talks, actually.

You know the talk I’m talking about. You know, when the doctor comes in the room in his white lab coat, looks down at the chart, and unveils some God-awful news. You pray it never has to happen to you … or a loved one … or a friend … or even your worst enemy.

So that’s why I’m so happy, excited, elated – absolutely pumped — to…

Posted by Allen Rucker in Life After Paralysis on March 22, 2022

as posted in Christopher and Dana Reeve Foundation 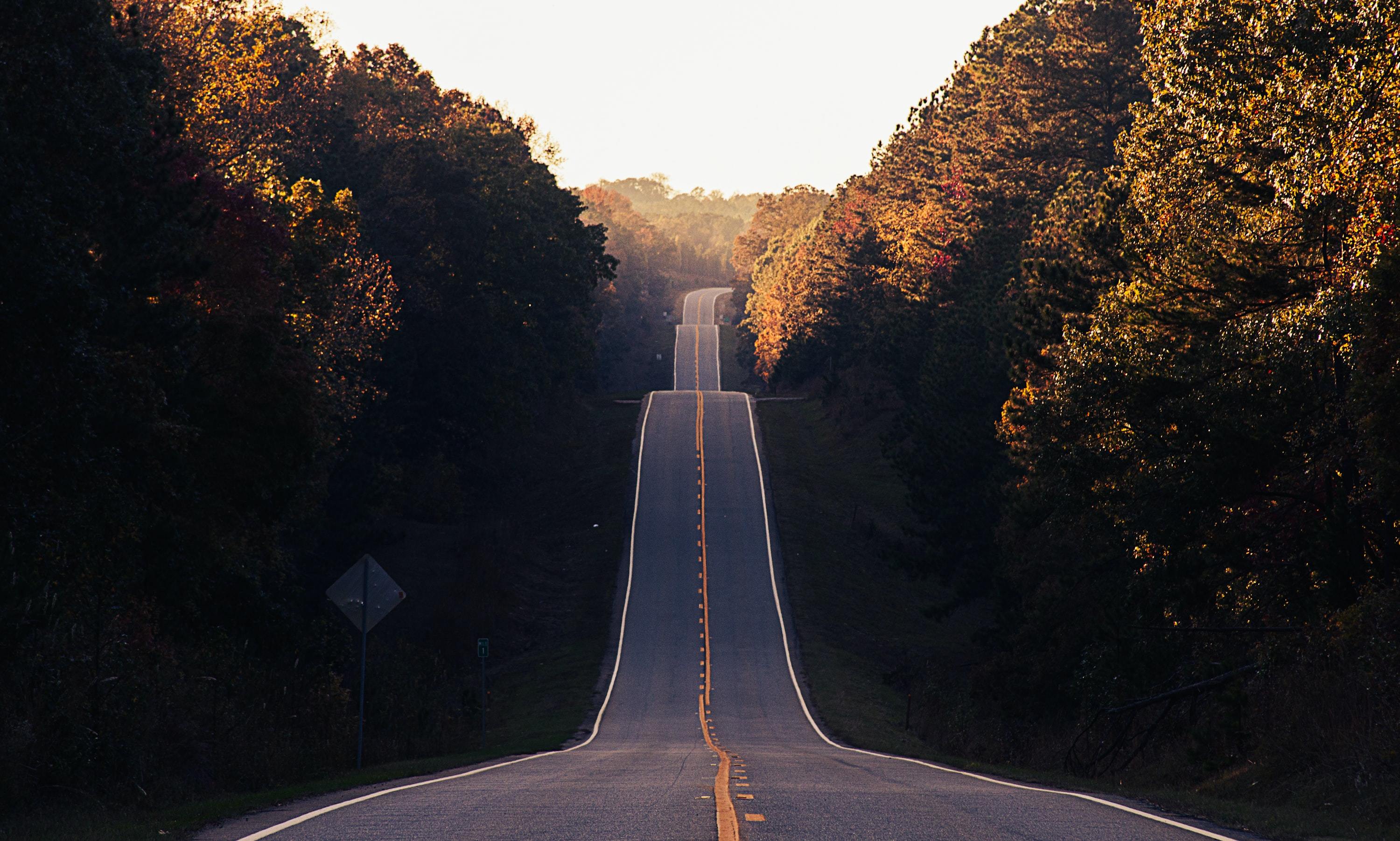 I woke up the other morning hating myself. The best word to describe this state is worthless. Don’t ask why. I have absolutely nothing, long or short-term, to hate myself for or to condemn myself as worthless. I’m not the Hillside Strangler. This is simply a diffuse, underlying mental impulse that is always there, I think, but only pops up from time to time. For decades I thought the source was the loss and self-blame attendant to the accidental death of my father when I was only two. Maybe a therapist told me this. “Childhood trauma.” When I became paralyzed, I thought I had replaced that trauma with a new trauma, which of course, invites its own form of self-denigration. After all, you are permanently crippled and seen as lesser-than, in the eyes of many, and since there is no one else to blame, you blame yourself.

I had, at least initially, the exact opposite reaction. I felt a rush of confidence in how I dealt with the paralysis and consequently renewed confidence in other abilities, from personal resilience to home finances. This self-affirming phenomenon has a name and theory behind it, first noted by two professors at the University of North Carolina. They called it “post-traumatic growth syndrome.” You don’t just spring back, you spring forward. The idea has plenty of naysayers, but from personal experience and that of thousands of other trauma survivors, it’s real.

Which, of course, doesn’t preclude other consequences of trauma to coexist with whatever possible benefit is occurring. My own neurologist summed it up this way: “If you were a drunk before you became paralyzed, you’d still be a drunk afterward.” You may announce you are now getting sober, but you will no doubt be fighting the urge forever. Otherwise, paralysis is a miracle cure, which it isn’t.

I think my sense of worthlessness is set off by a specifically debilitating thought or image and being paralyzed only amplifies it. Every morning I wake up and say, “Oh, f**k, I’m still paralyzed!” Sensing your profound limitations only reinforces that no-good feeling. It’s irrational, but that doesn’t make it less real.

I don’t really care about the origin of this menacing impulse. I just want to cage it, deball it, and send it on its way. After all, it’s only a thought or thought-feeling, so if I bombard it with other thoughts or actions, I can at least nip away at its potency.

The first thing to do is do something. “Get up, get out,” as the disabled actor, Chill Mitchell, likes to say. Or as my good friend, John Lynn, a longtime veteran of AA, wrote me: “Get the hell out of yourself.” Don’t wallow in the state, like mental quicksand, trying to find more ways to chastise yourself. Find a focus. My best focus is writing. I’m not the first dufus to hit upon writing as therapeutic. Go online, and you’ll find plenty of writing-to-heal endorsements. I figured this out early on in my paralysis. It’s not so much what you write but the act of writing, literally, that can dislodge you from recurring mental traps. Maybe bowling has the same effect, I don’t know, but, hey, give it a try.

As far as counter-thinking, it’s always good to remember the famous three P’s immortalized by psychologist Martin Seligman. Don’t personalize – see it as “a” problem, not the problem you brought on yourself. Don’t think of it as pervasive. It is not a mental spell that affects every aspect of your life. That’s a hole we create ourselves. And finally, it’s not permanent. Don’t feel worthless for feeling worthless. A, you aren’t worthless and B, you will not always feel that way.

While you’re at it, try to cure yourself of the useless habit of saying “I’m sorry” when anything bad happens to you or someone close. I’m still working on this one. I continue to apologize for my paralysis ten times a day. “I’m sorry for being in this wheelchair and needing your help…” Don’t apologize for who you are. Let yourself off the hook. After all, the hardest person to forgive is you.

Allen Rucker was born in Wichita Falls, Texas, raised in Bartlesville, Oklahoma, and has an MA in Communication from Stanford University, an MA in American Culture from the University of Michigan, and a BA in English from Washington University, St. Louis.

So now, what does “press this” mean? Finding out. This all confuses me so.

via This is my life with Alzheimer’s now

Minna, or Suddenly Mad, has a lot to say about what’s going on inside her head after being told she has dementia. Her blogs are brilliant, insightful, direct. She seems to have stopped writing mid-2021 as COVID lockdowns have taken a toll on her wellbeing. Anyone who is caring for a person with dementia can learn so much from reading her writing, I suggest you take time to read a few.

A Bit of Brian's Brilliance

I woke up Saturday morning just like any other day. Maureen, was up before me, of course, as she moves like a cheetah, completely opposite of me as I move like a sloth. I just take my sweet time.

The gentle waves of Tampa Bay just outside our bedroom window glistened in the morning sunlight. So relaxing and peaceful, a wonderful way to wake up and prepare my mind for the daily grind of functioning and remembering. I said something briefly to Maureen, although being a bit foggy, I can’t remember what it was.

I finally sat up and tried to say something, and … NOTHING. I couldn’t speak. I couldn’t think. I had my inner monologue. I could mouth words. They were right there on the tip of my tongue. But nothing. Silence. Pure silence. Frightening silence. Another attack of…

“So I come here and write about art and music. The life of the mind. Matters of the sublime. I can barely get through my hygiene routine, and have trouble chewing and swallowing a meal, become confused transferring different foods in containers onto a plate and heating it in the microwave, but hey, I can still appreciate beauty, and can still use spell check.”

So glad that Caarin took me to see the Leonard Cohen exhibit at the Jewish Museum. The exhibit which closes Sunday, September 8, is titled, A Crack in Everything. The title comes from a verse in one of his poems.

Ring the bells that still can ring

There is a crack, a crack in everything

That’s how the light gets in

I take that literally. To give credence to what I can share, and describe the  experience of pushing myself through the eye of the needle, and threading my words in some kind of order.

Leonard Cohen was a very lucky…

The reasons we are kept around to live life are often a mystery.

I haven’t disappeared yet! I can still draw and write, although my motivation and ability to share has been tempered by a tumultuous month. I’ve been full of worry and woe, and haven’t wanted to share my personal life. Walking is far more difficult now, and I rarely go out alone now. I can still walk about a mile and half, but my gait is unbalanced. I ask my husband to hold my arm during our daily walks.

I can still access my computer, although just an hour ago, I opened my laptop and the screen was black, although it had been charging and I thought it was going to be fully charged. I called in a panic to my husband who was sleeping upstairs, and the poor guy came downstairs to help me. He held down the start button, and lo and behold, got this old laptop to start…

Another blogger with early-onset dementia who shares his life as the disease changes his brain.

Mina still has so much to teach us.

Thank you for reposting this. If people follow the same preventative policies they should follow if they are caring for family members in a nursing home during a flu outbreak they’ll be safe, generally. With good hand washing and hygiene practices, most of us will not be affected by this outbreak and this will just be a drill for the case of a zombie attack.

Life in the age of Coronavirus. News addicts like me are dangerously close to overdose. Entities of every stripe are rejiggering their operational models. And each will publish a press release that includes the phrase: …out of an abundance of caution…

To me, the phrase suggests that “we don’t really need to be this cautious, but we are anyway because we deeply care about you, our customers, clients, employees, etc.” They could, of course, truthify the wording to read: …our stakeholders (or, more specifically, shareholders).

The current reality is proving, though, that we really do need to be this cautious.

About ten years ago, I wrote an essay about a bacterium called MRSA. It was widely appreciated at the time, and seems to be holding its water still today – particularly the recommendations for prevention. MRSA is not coronavirus; think of the main text, below, as the alarmist attention-getting part…